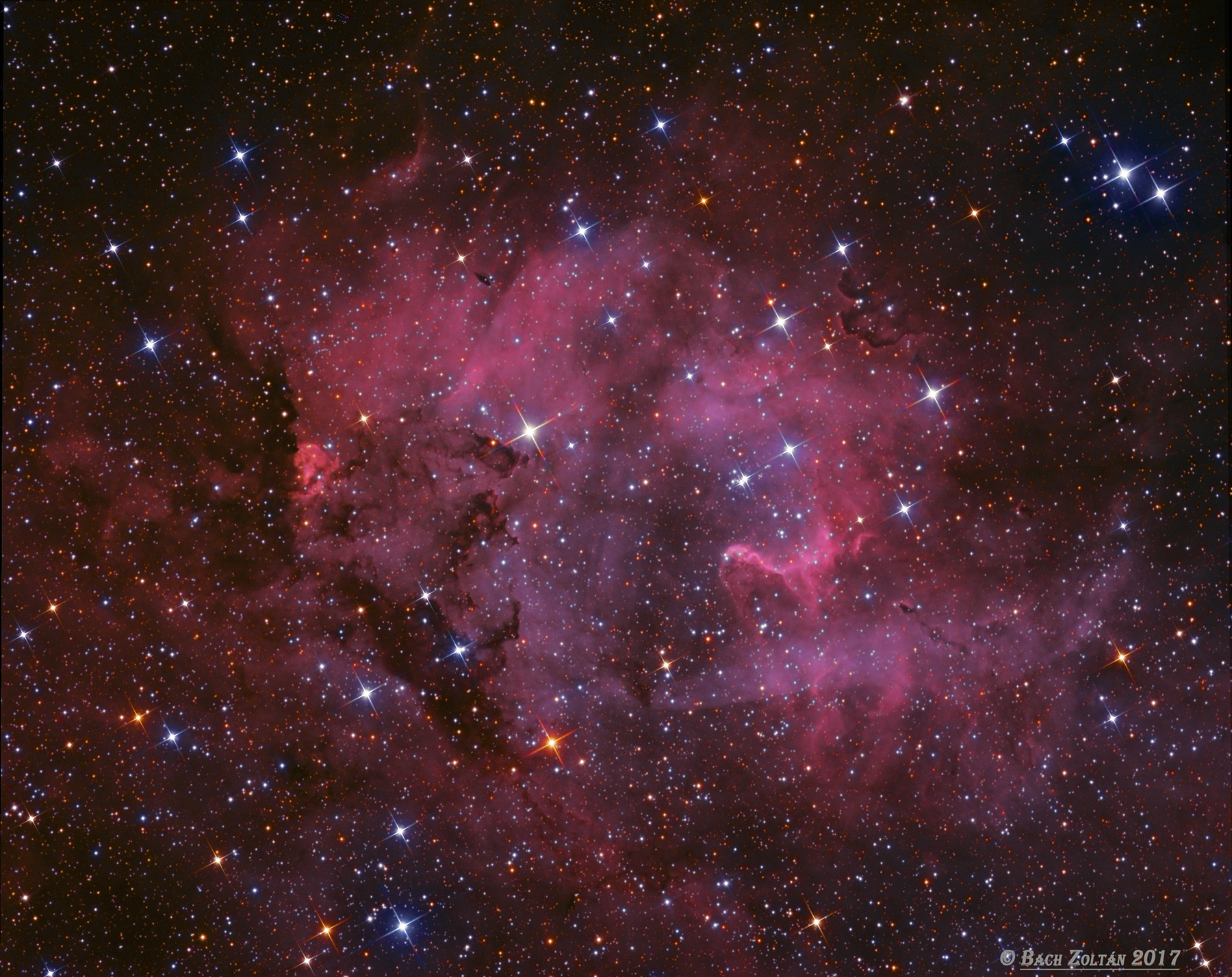 Reflection area in the constellation of Cepheus. 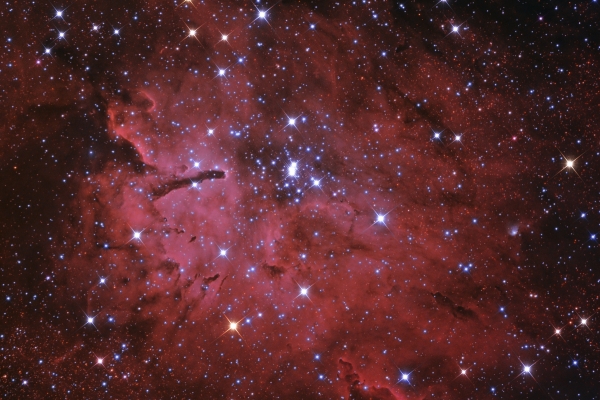 A relatively rarely photographed theme is a member of Sh2-132 Stewart Sharpless's 312 Bright Emission Fog. Each of the Sharpless Nebula flames from the light of the ionized hydrogen, which typically has a red color. We find dark spots in the picture, which is nothing more than a dust that cleans the bright parts of the fog and creates interesting formats. In addition to hydrogen, there is a lot of oxygen-rich parts that can be seen on blue, but here with the red they produce a very interesting color effect.

Sharpless 2-132 is an extremely low surface gloss emission mist on the boundaries of the constellations of Cepheus and Lacerta. As a member of the Cep OB1 association in the Perseus arm of our galaxy, its distance is around 10,000 light-years. The Wolf-Rayet star in the object is responsible for the ionizing of radiant hydrogen and oxygen gas clouds.