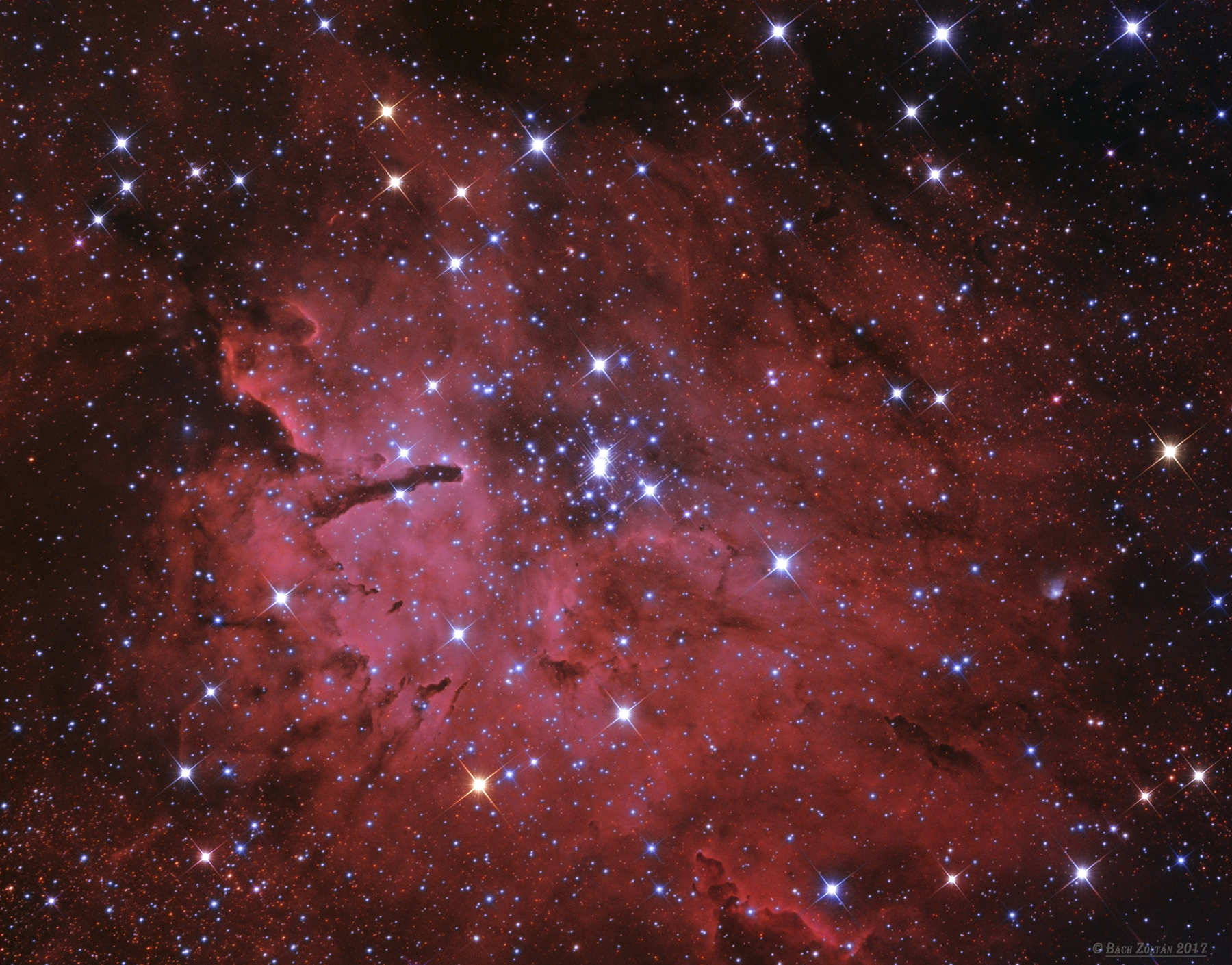 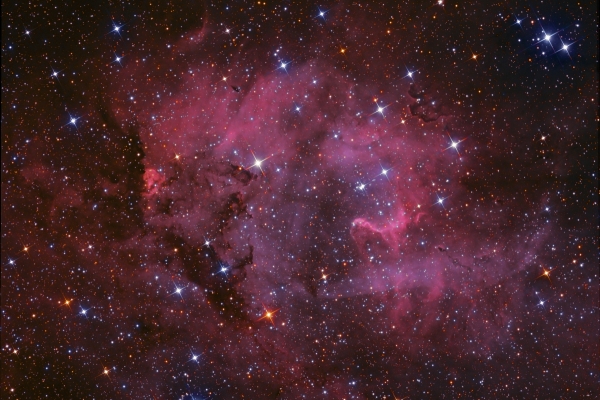 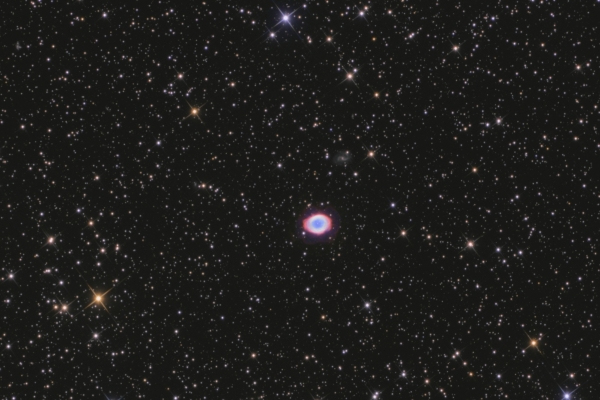 The NGC 6820 is an emission fog that surrounds the NGC 6823 open set into the Kisróka constellation. The NGC 6820 fog is also available on Sharpless catalog Sh 2-86. Its most striking feature is the dusty and powdery pillars of the gas that extend from the east side of the fog to the open set NGC 6823. The center of the open cluster is about two million years old and contains many young, bright blue stars. The outer parts of the columns embedded in the NGC 6820 emission fog have even younger stars. The enormous pillars of gas and dust are likely to develop when the surrounding gas and the dust that the nearby stars emitted suppressed and blown out. The NGC 6823 open set is approximately 50 light and is about 6000 light years away.