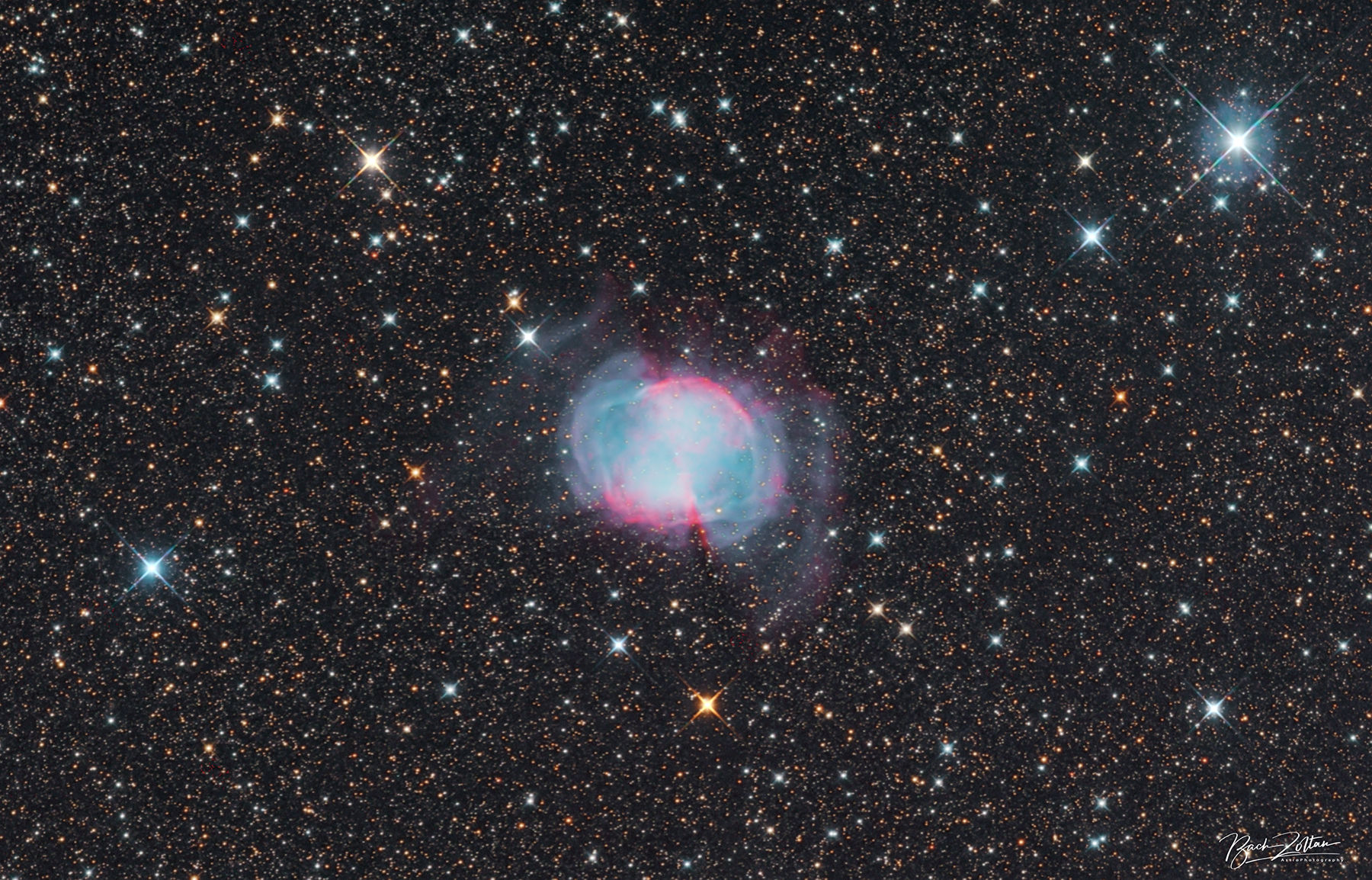 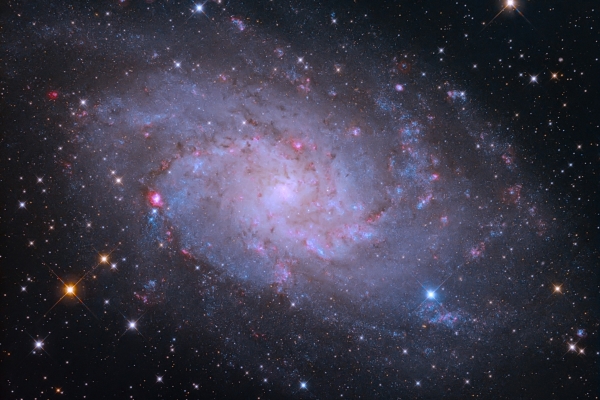 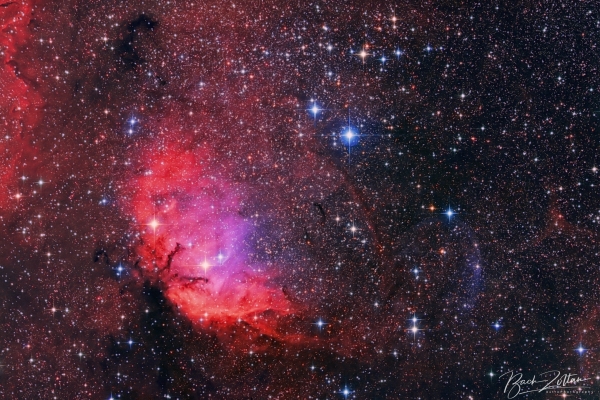 Also known as the dumbbell nebula or apple cavern, the planetary nebula was cataloged by astronomers as Messier 27.

In essence, we see a planetary nebula located in the little fox constellation and one of the well-known, often admired objects of the summer milk road. But what does planetary nebula mean. Our Sun-sized stars are long-lived, but once upon a time, the glow ends. But their Deaths are also slow, they first inflate, shedding their outer hydrogen shells. Then they still shine in the night sky, but their time is sealed. Over time, the star collapses and remains a white dwarf much smaller than the original, which cools down slowly over time. But we can admire for a long time an object shaped like a dumbbell, formed by the dropped star material. The colors of the object indicate the composition of the discarded materials, the outer layers of red hue indicating the presence of hydrogen-rich, blue-tinted ionized oxygen. The M27 is approx. It is 1200 light-years away and has been established for 3000-4000 thousand years.