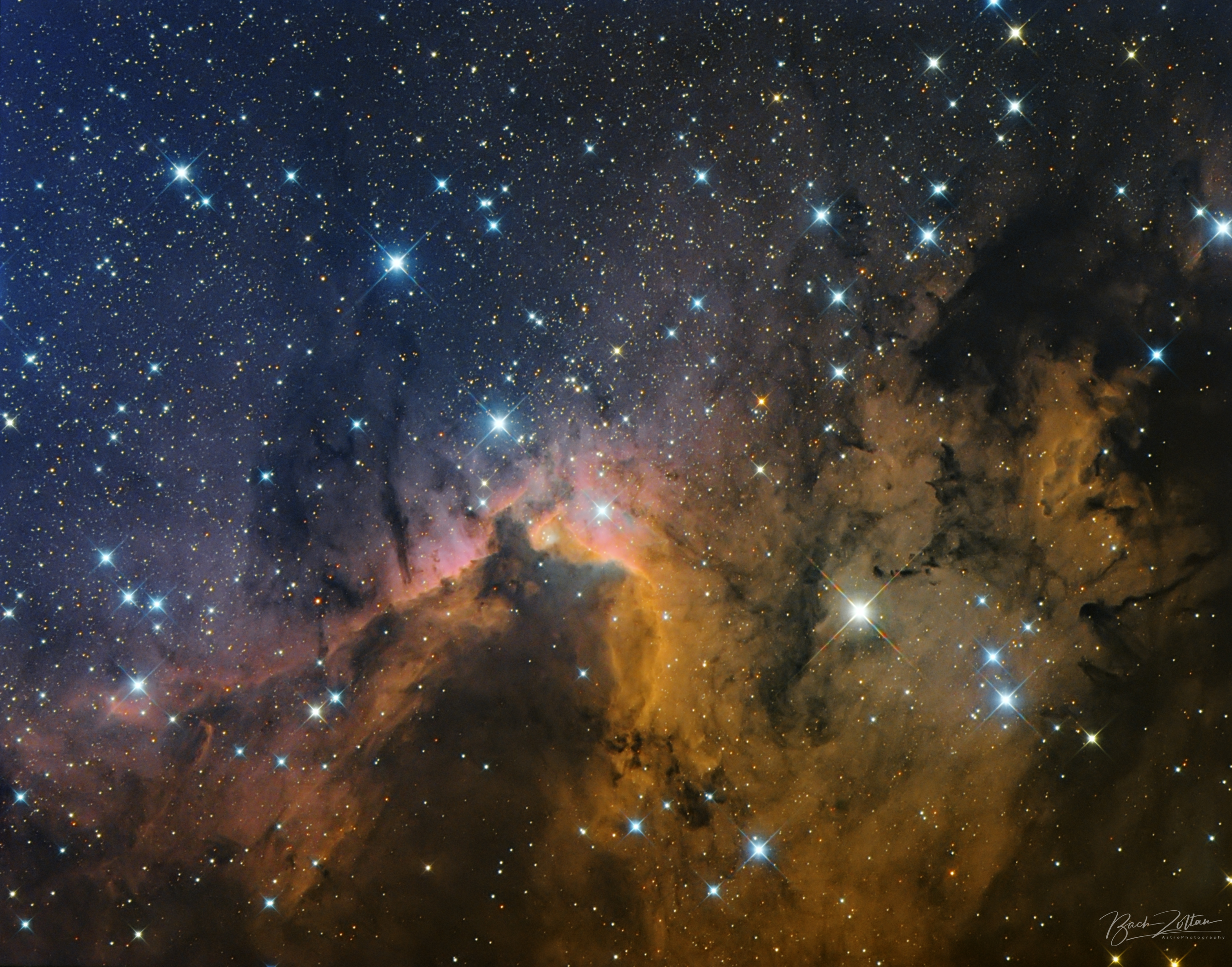 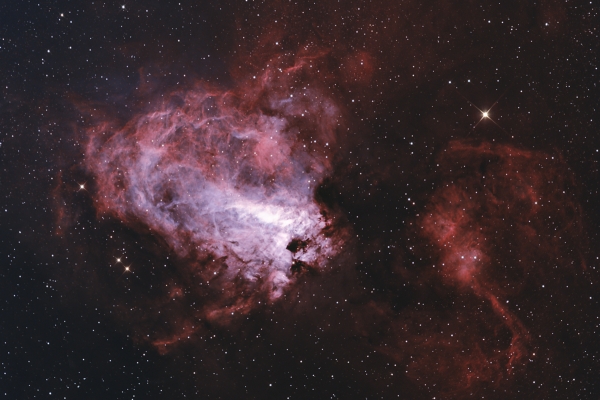 Those who look up in the fall and early winter can see the Cepheus constellation on the northern sky, even under the suburban sky. With a little imagination, you can easily find the shape of a cottage, reminiscent of our childhood drawings. For us astrophotographers, this is a very rich area with lots of bright and less bright depths. One of these interesting gas and dust clouds is the Cave Nebula, officially known as SH2-155 or Caldwell 9. It is an enormous object containing reflection nebulae of dark dust, luminous hydrogen and light scattering. Based on the first visual observations, it was named the cave because when viewed through binoculars, the dark dusts draw the entrance of a cave with some imaginative power. With photographic observation, we see more and are not so much like a cave, but in return we get the appearance of detailed wavy dusts and ionized hydrogen clouds. My photo, taken in a narrower field of view, shows the entrance to the cave and a bright, hydrogen-rich area in the center of the picture (LBN527). The nebula is measured 2400 light-years from Earth, with a total diameter of approx. 10 light years. Astronomical research in the area shows that we are still talking about an active star-forming region, in which HD 217061, the OB3 hot blue slave star, plays a big role. The photo was taken using a so-called fake color technique, adding to the rich appearance of the detail in the picture.