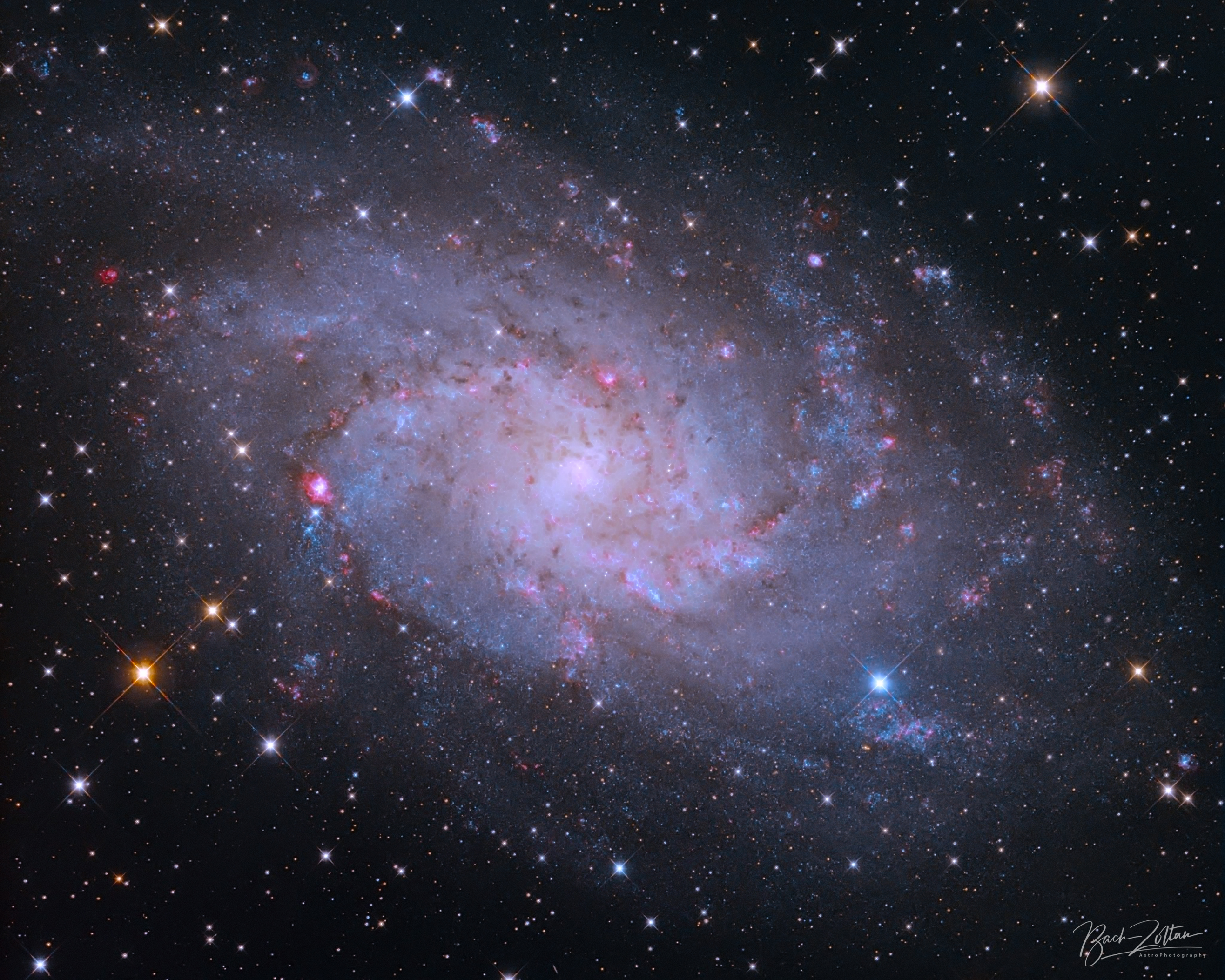 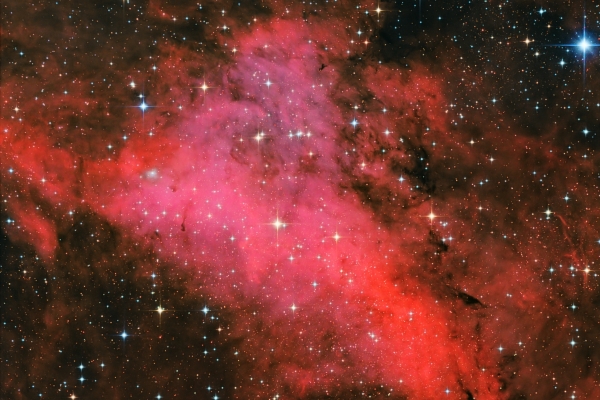 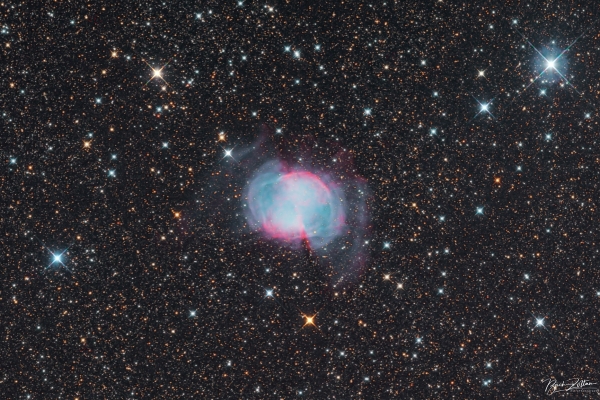 The photo here shows the well-known Triangulum Galaxy, also known as the Messier 33 Catalog. It is a nearby (about 3 million light-years) spiral galaxy, the third largest star city in the Local Group. Huuu here is a not-so-familiar concept, what is a Local Group? Not only are galaxies randomly located in the universe. They are gravitationally bound to each other and form smaller sets into the universe around us. The Andromeda Galaxy, Our Milky Way System, and the M33 Triangulum Galaxy are the 3 major major galaxies of the Local Group. They are surrounded by more than 30 attendant galaxies and together they form the Local Galaxy cluster. The Local group is part of the Virgo Super Set. Let's go back to the M33. It was discovered and cataloged by Charles Messier in 1764, although there are sources that Giovanni Batista Hodierna recorded it well before 1654. The galaxy's arms have highly visible ionized Hydrogen clouds, where active star formation is still occurring, many of which are cataloged under a separate number. In terms of size, it is half our Milky Way, with a distance of 3 million light-years, according to the latest measurements. During the processing of the photo, a galaxy that also looked like a spiral was clearly visible in the upper right. This is not a companion to the M33, I tried to search for it, but I didn't get much outside of the catalog number. He's galaxy PGC 5694, not a fun name, but it is. You can see the Triangulum under a dark sky with a binocular, but a larger binocular is recommended for detailed observation.